Operations were successful at HS Orka in 2017 although the year was unusual in many aspects. Production at the Reykjanes Power Plant decreased in the autumn of 2016 but successful measures were implemented in 2017 to compensate for these losses and in fact increase production. The production of the Reykjanes Power Plant was higher at the end of the year than it has been since 2015. Employees and experts at HS Orka worked in cooperation with various advisers to increase production and to counteract any negative developments that occurred in 2016. The operation of geothermal power plants is complex and these results prove the quality of operations at these power plants and the skill of HS Orka’s employees. Production at the Reykjanes Power Plant was further increased with the connection of a new well (RN-35), at the beginning of 2018. The power plant is now, once again, almost operating at full potential. 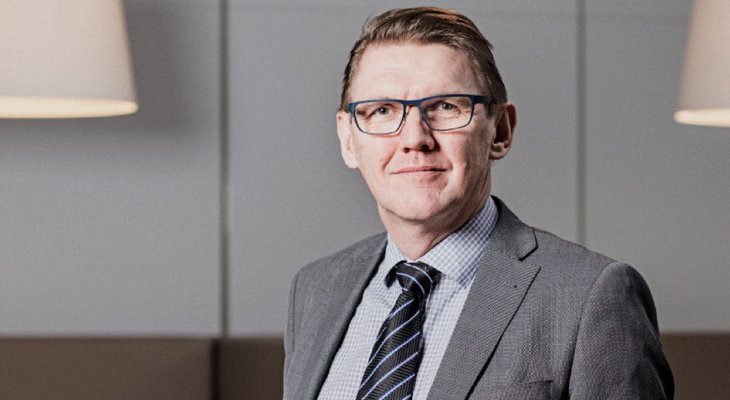 Production at Svartsengi has also increased due to the connection of Well SV-26 at the end of 2017.

A major milestone was achieved with new funding for the company in 2017. An agreement was reached with Arion Bank on the refinancing of the company's old debts with foreign banks, as well as funding for new projects related to geothermal projects in the Reykjanes Peninsula and the Brúarvirkjun Power Plant in Biskupstunga. This agreement marks the first major step in financing the company via loans within the Icelandic banking system and is a welcome development.

The company enjoyed its first full year of operations at the new headquarters in Eldborg, Svartsengi, in 2017. Relocating the headquarters to an area so close to the power plant has significantly improved communication between units and employees. We are very proud and pleased with this change, which has benefitted the company.

The drilling of IDDP-2 was completed in Reykjanes in January, 2017. This is a comprehensive, complex and costly project, executed in collaboration with numerous parties. The project was successful and drilling was completed once a depth of 4,650 m had been achieved. All of the main goals of the project were accomplished and there are high expectations that the energy-rich, geothermal fluid extracted from the deep and very hot geothermal system in Reykjanes can be utilised. The well is much deeper than the wells currently being utilised for production.

The project is a research and development venture where new ground is being broken in geothermal utilisation methods. We hope that the results from well testing will be available this year or the next. 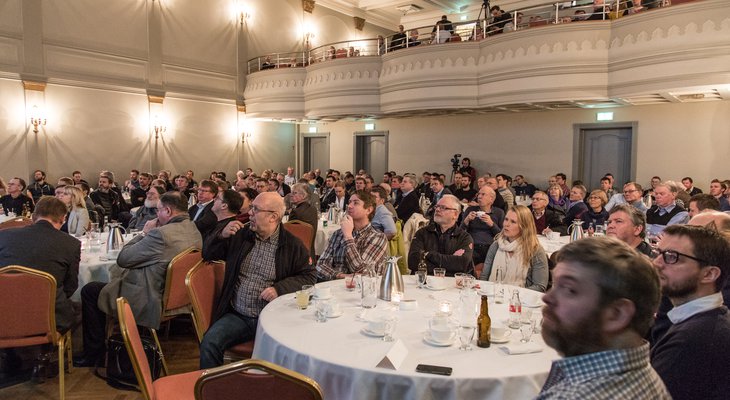 HS Orka has increased electricity sales to the domestic market and to larger customers with a high success rate and electricity sales are at their peak. HS Orka appreciates positive feedback and customer confidence. HS Orka was awarded the Icelandic Customer Satisfaction Award in the energy company category in 2017, for the twelfth time in fourteen years. This is both cause for celebration and tremendous motivation for continued outstanding customer service.

Production at HS Orka was almost in line with predictions for 2017. Total electricity production was 1,151 GWh, which was approx. 0.5% below expected production and a decrease of 3.2% when compared with 2016.

The company's operating revenue for the year was 7.5 billion ISK, compared with 7.1 billion ISK in 2016. This is an increase of 6% year-on-year, which is partly due to the increase in revenue from electricity sales to aluminium smelters and the rise in aluminium prices during the year, as well as increased sales to data centers. Revenue from electricity sales accounted for as much as 84.0% of the company's revenue in 2017.

EBITDA for the year was 2.2 billion ISK, compared with 2 billion ISK in 2016. The main explanation for the increase between years is increased electricity production in Reykjanes, rising aluminium prices and an increase in electricity sales.

HS Orka has continued to work on increased energy production in geothermal projects in Reykjanes: In Reykjanes, in Eldvörp and in Krýsuvík. These projects are at varying stages and are very time-consuming in preparation. Most of the work has been in connection with natural resource agreements, licensing, preliminary research and initial design work. The positive development of production in Reykjanes is cause for celebration and increases the likelihood of building a new 30 MW, low pressure unit (Reykjanes 4), utilising subterranean sea water, which is a by-product of existing power plants. Preparation work for exploration drilling in Eldvörp has begun.

HS Orka has also worked on the development of several hydropower projects. The share capital in VesturVerk hf (in Ísafjörður) was increased as a result of research on the potential power project in Hvalá in Ófeigsfjörður (55 MW) and the Skúfnavatnavirkjun Power Plant in Ísafjarðardjúpi (10 MW), as well as other projects the company is working on. HS Orka now owns a 70% stake in VesturVerki.

Tenders were released for the construction of the Brúarvirkjun project (10 MW) in Tungufljót in the Bláskógabyggð area and funding for the project has been secured. Construction is expected to begin at Brúarvirkjun in the summer of 2018.

The Resource Park, which has received deserved attention, has once again demonstrated its unique status. A new fish farm began operations in the vicinity of Svartsengi (Matorka), in 2017. Gas purification and carbon dioxide processing at Svartsengi is about to begin operations. Preparations are also underway for the purification and processing of silicon in Reykjanes, with plans for a new and interesting Codlands plant in Reykjanes, where collagen will be processed from fish skin.

Investments totalled 1.8 billion ISK in 2017. The largest investment projects were drilling in Reykjanes, preparatory work for the Brúarvirkjun and Hvalárvirkjun projects, as well as connections to the wells in Svartsengi and Reykjanes.

HS Orka looks forward to an exciting operational year in 2018 with a solid business foundation and the start of construction on a new production unit.

HS Orka will continue to provide important services for the development of society, to smaller and larger parties, through the sale of its services.

Finally, I would like to thank the company's employees for their outstanding performance and dedication.

Address of the COB