The demand for electricity continued to increase significantly this year. The data center market led the way. Considerable changes are occurring within the market and sales to the data center industry increased by 38% during the year. Sales are set to increase even further in 2018 and foreign investors have shown a keen interest in building data centers in Iceland. However, competition from Scandinavia and North America is considerable and the price of electricity is a key issue in location selection.

The use of fishmeal plants doubled last year despite strikes within the fisheries industry in the first half of the year. The year 2016 was affected by oil consumption á bræðslukatla due to the low world market price of oil. The electrification of fishmeal plants has been ongoing for the last few years. The shift is a matter of national interest as renewable energy is now used instead of imported oil.

The overall use of electricity has continued to increase between years, not least in the south of Iceland, where major development is underway. A large increase in energy consumption can also been seen in numerous municipalities on the southwest coast of the country. Steady growth is expected within the general market in the next few years as widespread development is ongoing. Increased consumption is an indication of major economic growth, especially within the tourism sector and housing industry.

The price of aluminium has risen recently, which will have a positive impact on HS Orka‘s revenue. However, exchange rate fluctuations (the ISK against the USD) affected the rise in aluminium prices and other sales in USD.

Production increased at the Reykjanes Power Plant which is expected to reach almost full capacity in 2018. A new production licence was also issued for the Svartsengi Power Plant and will enable HS Orka to fully utilise the area. 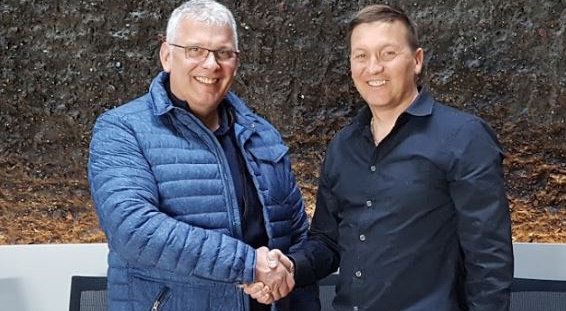 HS Orka buy from small hydro's for example from Húsafell

HS Orka signed power purchase agreements with a number of small-scale hydropower stations this year. The total quantity of electricity available from these stations, located all over the country, is now almost 30 MW. There are further plans for development in this area and HS Orka hopes to continue working with these parties to increase its energy supply. Energy production of the hydropower stations were successful this year and small-scale stations enjoyed high production rates. Landsvirkjun‘s water status is also good which is an important factor for the electricity market in Iceland. Wholesale electricity prices increased this year and subsequently had a negative impact on small market sales. The Icelandic market is extremely competitive, especially when competing for larger industries such as the data center industry.

Power plant operations were mostly successful this year. A five year planned maintenance stoppage was carried out successfully at Reykjanes, on turbine 2.

Board of Directors
Resources