Drilling work on deep well IDDP-2 in Reykjanes was completed on the 25th of January, 2017 at a depth of 4,650 m. The project was completed once a thin pipeline (thin drill string) had been installed in the well to a depth of 4,585 m. Cold water was then injected öldu vatni var síðan dælt niður undir botn í 5 mánuði og jafnframt frá yfirborði utan með pípunni. These measures were an attempt to increase permeability by allowing the well to heat up and cool down alternately. The aim was to increase the power of the well, beyond what was initially estimated at the completion of drilling and to assess the relationship between the well and the geothermal system utilised by the Reykjanes Power Plant. The pipeline was then removed at the beginning of 2017. The lowest pipes were significantly corroded as a result of contact with super-critical geothermal fluid and there was also unexpected damage to the casing above. These developments will not affect ongoing utilisation experiments. Preparation measures are underway to inject tracer liquid and to prepare well testing which is expected to begin at the end of 2018. 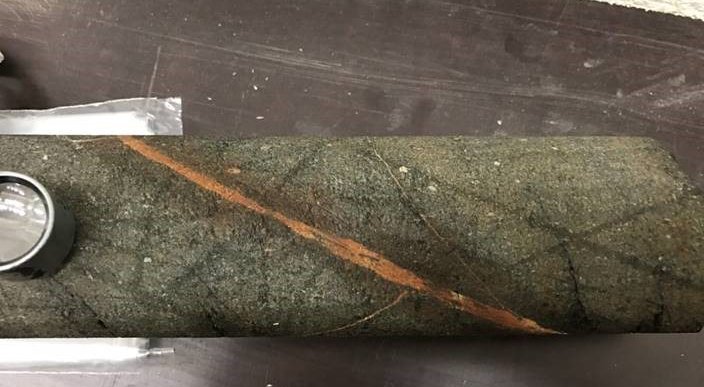 An unusual development occurred when nearly all the rinsing water (50-60 l/s) used during drilling, and the rock cuttings disappeared into the strata. The amount of water lost was substantial (approx. 5000 tonnes per 24 hours) and the total quantity of rock cuttings was 160 tonnes. The rock matter below the usual utilisation depth (approx. 2.5 m) is usually rather dense and has limited permeability, with the exception of demarcated channels sought after during deep drilling. This high permeability came as a surprise and increases the geothermal reserve, downward to at least 1 km. The energy content of geothermal fluid in this area is significantly higher as a result of high temperatures and the benefits of deep drilling experimentation is therefore indisputable with regard to the Reykjanes geothermal system and is possibly the most positive development to date. Utilisation experiments will be carried out in 2019.